I wonder how many beers Duffy can actually chug after a game while holding Skeeter?

The Giants went 4-2 for the week, which is something amazing considering they were under.500 at home. Despite a 12-13 June (ok, they can still be .500 with a win tonight), the Giants are only 1/2 game back of the Dodgers. Chad and Ben discuss the month of June, the All Star game voting, Duffy and more!

The whole gang is back together to recap the week that was in the land of black and orange. Who’s out of the rotation when Peavy and Cain return? Is Crawford an All-Star? Is Pete Rose really that big of a douche? (answer: yes).

Ben was AT Citi Field for Heston’s no-hitter.   Jerk.

We also take a moment to remember former Giant Darryl “Hambone” Hamilton, who was tragically killed early this morning. Once a Giant, always a Giant. 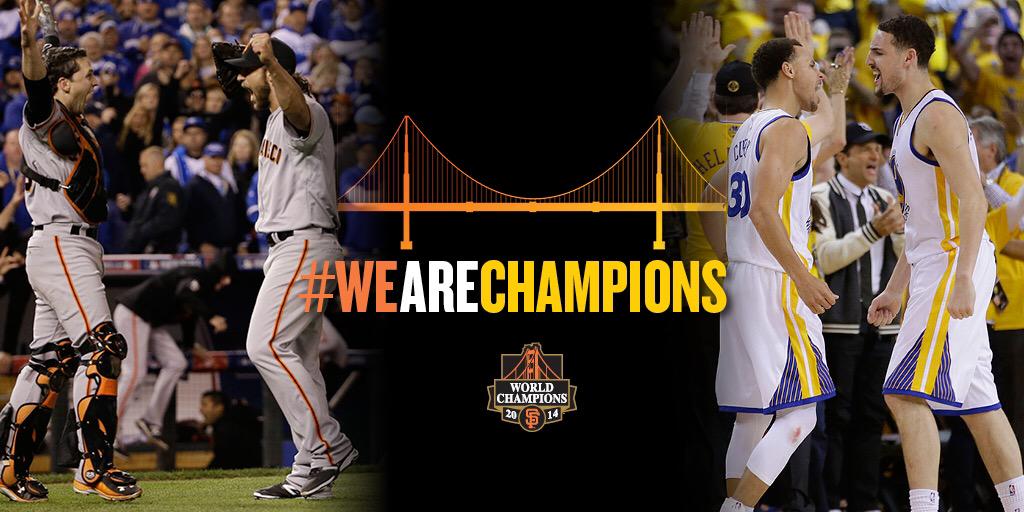 The Giants welcome the Warriors. Now, please give us some of that odd-year mojo!

Oh, and THE WARRIORS ARE NBA CHAMPS!  and stuff

Chad catches up with the Giants “meaty” season, their road domination and underwhelming home performance. There’s also catching up to do with Heston’s no-no, the Giants’ visit to the White House, the draft, McGehee coming back, Scutaro re-signing, Scandoval, MLB canceling 60 million votes, and what in the hell do the Giants do when Cain and Peavy come back?!

Enjoy episode 88 of the TortureCast!

Out of Left Field

Before I joined TortureCast in August 2011, I regularly contributed a segment on the show called, “Out of Left Field.” It was usually a short 60 seconds of me rambling on about some esoteric stat, streak, or oddity of the Giants’ season.

I’ve decided to resurrect it, and potentially in audio format once again. Because, who doesn’t like listening to themselves? Ok, I don’t, so here it is in digital print. At least most fonts aren’t embarrassing. Except for Comic Sans, of course.

Just some quick thoughts on the departure of Panda.

First of all, his replacement, Casey McGehee, isn’t even on the Giants roster, he’s in Sacramento, and yes, he may come back up, but the impetus for his demotion is one Matt Duffy.

So, Duffy isn’t exactly raking in the leaderboards, but let’s look at how he compares to Panda (Duffy v Sandoval):

Considering Pablo is making $17 million this year, and Duffy is making $509,000, I think this is a win-win so far for the Giants. Of course, Pablo doesn’t have a Skeeter, so can he really win?

Ryan Vogelsong helped steady the Giants rotation in May with a sub-2 ERA.

The Giants pulled off an incredible 21-9 record in May, despite losing the last 2 games of the month, and a heartbreaker at that. Ben, Eric and Chad discuss the Giants’ meteoric rise to 1st/2nd place, all star candidates, all the DFA’d Giants that have roosted in Sacramento, and as always, our new favorite guys, guys we should hate, and why we’ll win it all.

Joining me in the press box tonight is Jury, aka Justin Robert Young, of Night Attack and some #1 comedy albums available on iTunes. He is a Pirates fan and lost a bet to me last year in the wild card game. The loser had to wear a terrible women’s wrestling shirt on a podcast. We have still to settle up but for tonight we’re both acting as total professionals and not just fans.

What follows is a stream of conscience and observations that come during the ballgame. Go Giants!

New TortureCast posts tonight and we will post a special short bonusoode with Jury this week. Until next time, Go Giants!