Wilson Signs With LA: Giants Freak Out By Not Trading Anyone

We all knew it was a distinct possibility.

We just didn’t want to believe it was possible.

Brian Wilson is a Dodger.

My initial gut reaction (Ben and Willie do not necessarily share my opinions on this) was angst, disgust, betrayal. As witnessed by the twitterxplosion, I’d say many Giants fans felt the same way.

At first, that is.

But, when you break it down and look at the known facts (and not everything is known), I do believe it was a business decision, and nothing more. Let’s look at his motivating factors for the bearded one signing with our arch-rivals:

Well, as of 1 pm Pacific today, it’s official: The San Francisco Giants did not make any trades. Hunter Pence raised his hands and yelled, “YES!” right at the stroke of the deadline. Javier Lopez was reportedly nervous up until then, but was relieved when it passed. It says something about their teammates and the organization when they would rather be on a last place team with these teammates, rather than going to a contender. I believe this is a great sign that they will want to re-sign for next year and they can regroup and have a Mulligan on their season.

Also, don’t forget to listen to our latest podcast here.

Now, let’s see if the Giants can recuperate some respectability the rest of the way.

Where has our Sanchez gone?

The Giants are in a tailspin towards the bottom of the MLB, trade talk, suicide watch and more…

P.S. This was recorded on the evening of July 29, the night before Brian Wilson signed with the Dodgers…ick… 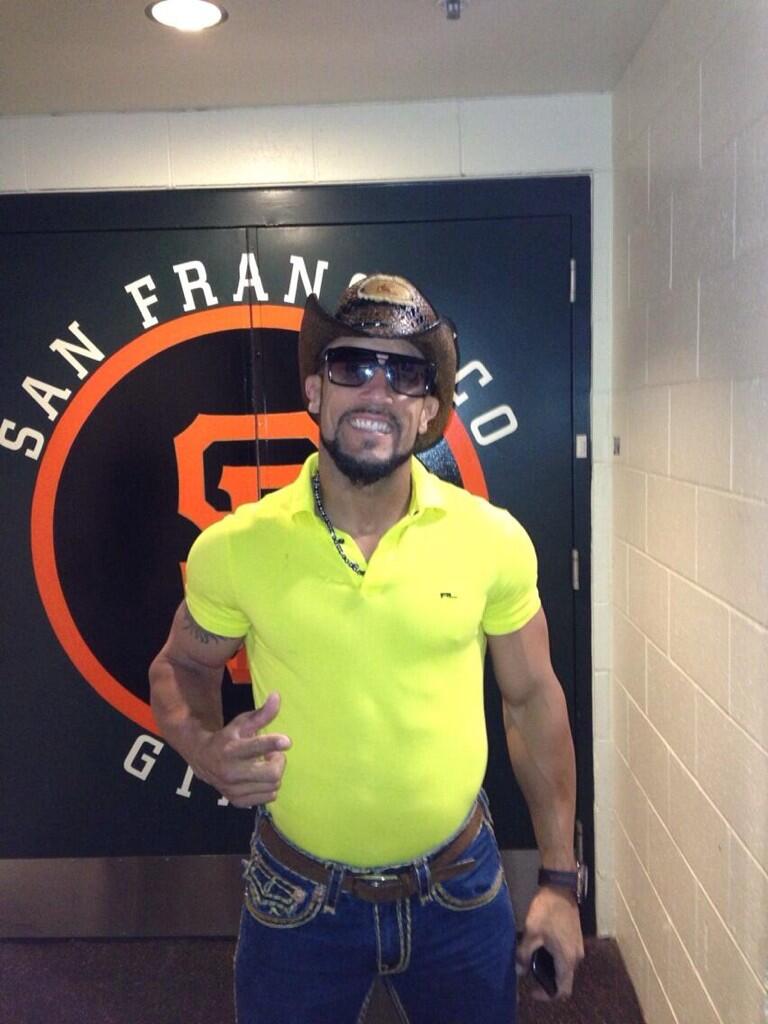 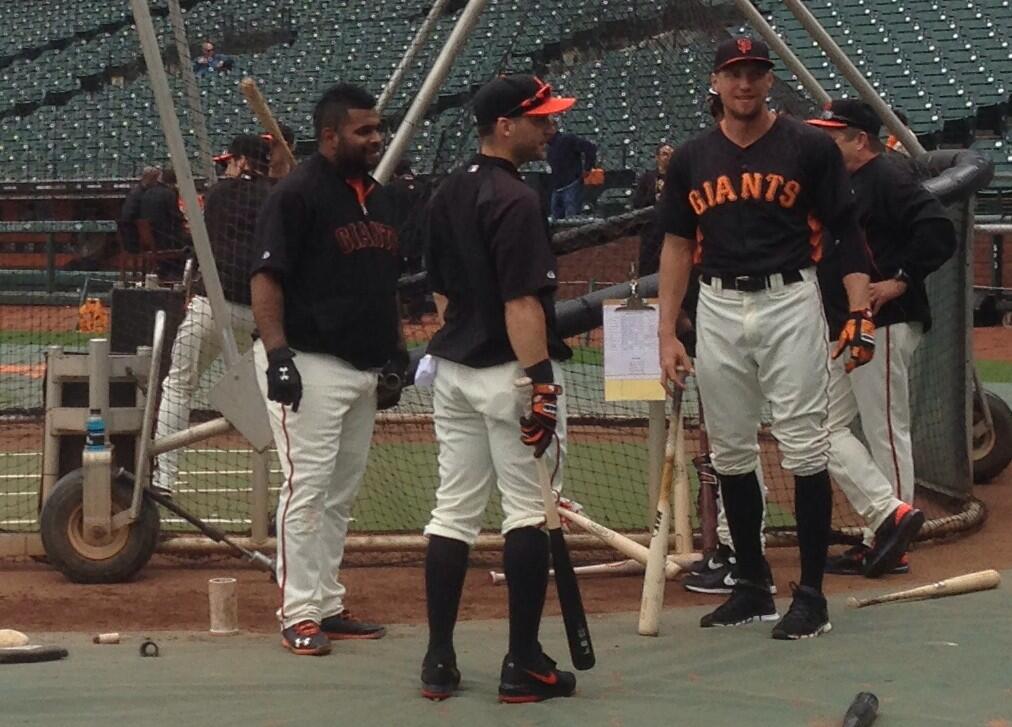 While Posey hits in the cage, Panda, Scutaro, and Pence talk about their next Vegas road trip

Phoenix, the old ball-player returning to glory, my 10 year old dog learning new tricks. However you want to label it, Timmy’s first start since his no-hitter in San Diego certainly elevated him, if even ever so slightly, back to a level of semi-excellence that Giants fans hungered for, rooted for. We relived his glory days as he threw all 148 pitches at Petco Park. Maybe he was back? Or, maybe it was dumb luck, or the Padres, or a little of the old Timmy, or a little bit of everything. Ok, so no-hitters always involve one or two great plays or close calls, but obviously luck is only a small part of it. He induced 28 swing-throughs by Padres batters. That was an indication that his stuff was electric and mystifying.

So, here we were today. Willie and I watching Posey, Pence and Panda absolutely murder balls in batting practice. It really is something to witness from 20 feet away. It reminds me of the one time I followed Tiger Woods at Pebble Beach and was in absolute awe of his club speed. It’s something that doesn’t translate over TV.

Oh right, Lincecum. Anyway, the park was electric tonight, the press box was full as my belly was from the press dining room grub. Everyone was ready to tweet, “Lincecum now has 11 consecutive no-hit innings..” or something to that account. Well, the tension was released when Shin-Shoo Choo sliced a double down the left field line that we were all sure Blanco was going to catch (it was in his glove, afterall). Robinson, a last second replacement in left field, followed with a bunt single, and it looked like the inning was going to explode. However, Timmy settled down and struck out Joey Votto and when Tony Phillips nubbed a comebacker to Lincecum, he alertly ran Choo back to third and tagged him out. After an 0-2 count on Jay Bruce, Lincecum lost him on 4 straight balls, some of them tantalizingly close to strikes. Then Todd Frazier loudly opened the floodgates with a rocket over the head of Torres in dead center, clearing the bases for a 3-0 Reds lead.

Timmy never regained his composure after that. He might as well have been wearing a Reds batting practice jersey, because he started giving up gopher balls. One to Devin Mesoraco (who?), another one to Choo, then the third of the night to Jay Bruce. All of them hit hard, loud, and long.

Although many fans were calling for his early exit, Bochy still had him lead off the bottom of the third. Perhaps facing a 6-0 deficit, Bochy wanted to preserve the bullpen by having Lincecum absorb an extra inning or two with the game almost out of hand. Timmy did retire the first two hitters in the fourth before yielding to George Kontos after back-to-back hits given up to Robinson and Votto. Of course, Kontos didn’t do Timmy any favors, allowing a double to Phillips that scored 2 to close the books on Timmy: 3 2/3 innings pitched, 8 earned runs, 9 hits, 1 walk, 2 strikeouts, and 3 homeruns given up….all after a no-hitter. Many will point to the 148 pitch effort as taxing his arm, but I can point to numerous occasions when he yielded comparable hits after shorter preceding starts. Maybe it did tax his arm, but he did have extra rest with the All-Star break. A sample size of one won’t convince me. In fact, Bronson Arroyo, tonight’s Reds starter, gave up 10 hits in his start following his no-hitter. So, there’s that…

At this point, I generally leave my WordPress browser window open and type the story as the game develops. Except this time, aside from a monumental comeback or an incredible or notable personal achievement, I fear I’ll have nothing else to report after the bottom of the fourth.

Fifth inning: 1 run for the Reds

Sixth inning: 1 run for the Reds

Seventh inning: 1 run for the Reds

For the love of all baseball gods, can they not stop the Reds from scoring in one freaking inning?!

Eighth inning: Tanaka just entered the game on a double-switch and suddenly all of the Japanese press came to life, flipping open books, sheets, and typing wildly in unrecognizable characters on their laptops. Oh, and the Reds didn’t score.

Ninth inning: With 2 out, Francoeur hit a would-be homerun, but alas, Robinson snatched it from beyond the wall to end the game. Sufficient salt poured in wounds.

The post game presser by Bochy was a brief 3 questions punctuated by awkward silence.

We’re off to Zeke’s or somewhere….(edit): You can listen to our post-game bonus-sode podcast, recorded at Zeke’, by pressing the play button below:

We had no one else to name this episode for

Willie is out but Chad and Ben discuss the All Star Game, Timmy’s No-No and the second half of the season.

We are all doom and gloom and then…whiskey!