Stream this podcast below:

Spring Training has not been kind to the Giants. They own the worst record, by far, in all of MLB. Hunter Pence got broke, and Bochy is actually worried about his team’s performance.

Chad, Ben and Eric try and talk each other down from the ledge, and bring some levity to the foreboding results from the Giants’ practice games thus far.

Pablo hates us all

I tried to let this blow over when Scott Miller’s article about Pablo came out on Bleacher Report this past Monday. Yes I was pissed at Pablo. But so what? He’s not here anymore and this is a new season. If he wants to burn bridges he can do that.

Today a follow up to that came out after Sandoval talked to reporters. He didn’t back down.

It’s a shame really. All of it. From Pablo opening his yapper to all of us talking about him. We weren’t supposed to remember him this way. It sucks that he’s the guy that caught the last out of Game 7. It really does. Now when I see that clip all I’m going to think is “what a jerk”. It’s inevitable. A shame.

On the podcast Chad King has talked about how he was at Game 1 of the 2012 World Series. That was a night the Panda probably heard his biggest roars from the crowd in his entire time as a Giant. He did something only a few MLB players have done in the World Series by hitting those 3 home runs. We loved him for it. The Giants were on their way to a title and he was finally a part of it. He soaked it up.

But Pablo doesn’t love us. Or maybe I’m reading too much in to it. You decide.

“Only Bochy,” Sandoval said of Giants manager Bruce Bochy. “I love Boch. He’s like my dad. He’s the only guy that I miss. And Hunter Pence. Just those guys.

I guess the place you win 3 championships isn’t a good enough home.

He mentioned in the article on NESN.com that the Red Sox treat all 25 guys the same. Sounds to me like a shot at the Giants front office and their wanting him to stay in shape. I’m sure he was asked to run on a treadmill more than say Buster Posey or Madison Bumgarner. Of course they don’t eat themselves out of shape.

What did he expect from the Giants? To just be happy that he played well seemingly whenever he felt like it? He never lived up to that potential we all saw back in 2009. He set his career highs in batting average, runs, home runs, doubles, triples, walks, total bases and on base percentage.

Back in 2009. That’s six full years ago. Where did that guy go? And he wonders why the team would treat players differently. None of the other guys have struggled so much but shown such sustained flashes of brilliance. If he wanted to be treated like certain other guys, maybe he should have shown up on a regular basis.

There’s absolutely no reason for Sandoval to make these remarks about the Giants now that he’s with the Red Sox. I’m in the midst of the new season of House of Cards and Frank Underwood recently said “You know what takes real courage? Keeping your mouth shut no matter what you may be feeling.”

I guess Pablo doesn’t have any. So you can burn your Panda hats or choose to remember just the good times. Me? I don’t own a Panda hat so I’ll just be pissed off on here. 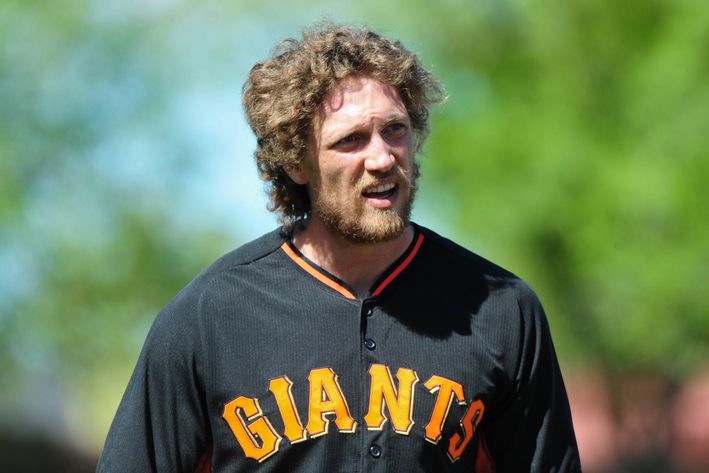