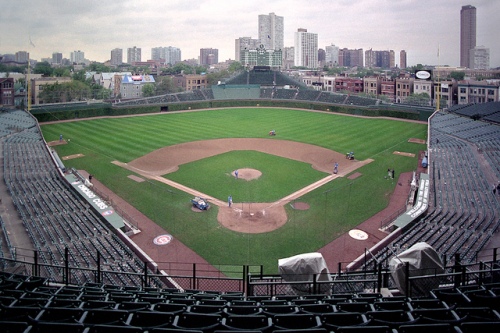 The San Francisco Giants are currently playing a 3-game series in Chicago against the Cubs at Wrigley Field. Seeing the Giants playing in Chicago brings up a lot of memories for this fan of the Orange and Black. (Eric, so you know who’s writing this post). And this series means a little more to me than most.

I’ll back up a little. If you’re a regular listener of the podcast, you know that I currently live on a farm in Georgia and grew up in the Chicago area. You may have asked yourself, how did this guy become a fan of the San Francisco Giants?

The short answer, is my father grew up in New York cheering for the Giants and Willie Mays and then he and my mother moved to the Chicago area in the early 1970’s. I came along at the end of that decade. I was born into Giants fandom. END_OF_DOCUMENT_TOKEN_TO_BE_REPLACED 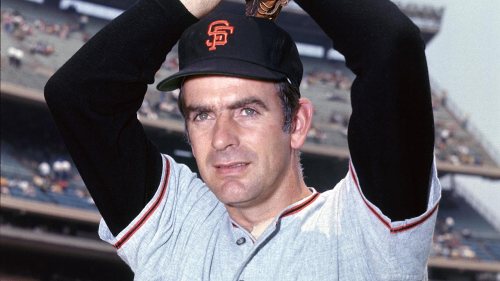 The Giants left for San Francisco in 1958. Because of their move, along with the Dodgers jump to LA, New York was awarded an expansion franchise in 1962. Thus, the Mets were born. Fun fact about the Mets, their uniform colors being orange and blue is a nod to the Giants and Dodgers who left town. That’s what I’ve always known and apparently it’s true.

There were still Giants fans left in the city of New York. My father was one of them, and he’s the reason I want to write about a Sunday doubleheader at Shea Stadium in 1964. He was there, and this is one of the stories I grew up listening to that made me a Giants fan today. Who knows if the account I was given was totally true, but who cares? It’s Giants lore, and I ate it up. Let’s dig in to the day. END_OF_DOCUMENT_TOKEN_TO_BE_REPLACED

Angel Pagan scores the winning run on an inside-the-park home run to beat the Rockies in May 2013. | AP Photo

Six years ago today, the San Francisco Giants had one of the most memorable regular season wins in the history of Oracle Park. On May 25, 2013, Angel Pagan blessed us with one of the most exciting plays in baseball, the inside-the-park home run. This moment was even more special because it won the game in extra innings. Let’s watch it.

Remember where you were for this? I do. I’ll never forget watching this game. Watch for Tim Flannery’s reaction. I’m not sure anyone was happier than him that day. Including Pagan. And as you can see, Angel was PUMPED UP. END_OF_DOCUMENT_TOKEN_TO_BE_REPLACED

San Francisco Giants Outfielder Willie Mays grabs a balloon during a parade on April 14, 1958 to welcome the team after their move from New York. – AP Photo

Welcome back to another This Week In San Francisco Giants History. After a week off to take care of the present day, we’re back with another peek at a fascinating moment in Giants history.

If you missed any of the previous installments in this series, you can click the links below to check them out.

Willie Mays is the greatest player in the history of baseball. You can’t convince me otherwise. I’m a Giants fan. Always have been, always will be. So, with all due respect to Babe Ruth, Mike Trout and Pablo Sandoval, Mays will always be at the top of the list. I’m subjective, and I don’t care. You try growing up with stories about that man and not feel the same. When my dad talked about Willie, he went to a place of wonderment and joy as he relived the moments he saw in his head from childhood. You could see it in his eyes. I’m biased, and I think I’ve established that. END_OF_DOCUMENT_TOKEN_TO_BE_REPLACED

This Week In San Francisco Giants History: The Comeback

San Francisco Giants’ Bobby Bonds, right, and Baseball Commissioner Bowie Kuhn pose with the All Star Game Most Valuable Player trophy after it was presented to Bonds at Royals Stadium in Kansas City, Mo., on July 24, 1973. (AP Photo)

In the year 1973, the San Francisco Giants were facing a brave new world. It was the first season since 1954 in which Willie Mays was not on the roster. He had been traded to New York the prior season and was finishing his career out in a Mets uniform.

With Bobby Bonds in charge of a new outfield. the Giants had a good core of young players mixed with veterans like Willie McCovey to provide leadership and help the team contend. Twenty-three year old Garry Maddox patrolled center field, with 22-year old Rookie of the Year Gary Matthews spending most of his time in left field. A young Chris Speier, himself only 23 years old, was the captain of the infield at shortstop in only his 3rd season. McCovey was the only regular to get playing time who was over the age of 30 as the Giants gambled on young talent to carry them through the 1973 season.

The kids got off to a good start. The Giants entered May at 18-6, the best record in baseball. END_OF_DOCUMENT_TOKEN_TO_BE_REPLACED

This Week In San Francisco Giants History: Robby Hits For The Cycle

Robby Thompson of the San Francisco Giants warming up in the on deck circle.

In 1991, the San Francisco Giants finished with a 75-87 record. It was the first time in 5 years the club finished below .500 and was just 2 years removed from their appearance in the 1989 World Series. It was also their first losing season under manager Roger Craig.

There were not a lot of highlights during the 1991 season, but one in particular that stands out is Robby Thompson hitting for the cycle on Monday April 22 against the Padres at Candlestick park. Full disclosure, Robby was my favorite Giant growing up. I used to emulate his batting stance and even played 2nd base in my younger years.

Since this particular week in April doesn’t have many big moments in Giants history, let’s take a stroll back to 1991 and Robby’s big day. END_OF_DOCUMENT_TOKEN_TO_BE_REPLACED

The San Francisco Giants were born during an owner’s vote on May 28, 1957. Well, they weren’t born, that distinction goes to expansion teams, more like they were allowed to exist on that May day in 1957. That day, NL owners approved the move of both the Giants and Brooklyn Dodgers out west to California.

That was the deal, though. Both teams had to move there, or neither did. Baseball wanted to keep travel problems to a minimum and having 2 teams out west made it easier for NL teams to schedule road trips. Airplane travel was just becoming normal, and before the 1958 season, there was no NL team west of the St. Louis Cardinals.

Yes, the Giants had won the World Series as recently as 1954, but attendance was lagging. In 1954, the Giants drew 1.155 million fans to the Polo Grounds. By 1956, that number had already dropped to 629,179. It was thought that fans were moving out to the suburbs and less likely to drive to the city for a ballgame. So the Giants looked to move out of the only city they ever called home. END_OF_DOCUMENT_TOKEN_TO_BE_REPLACED 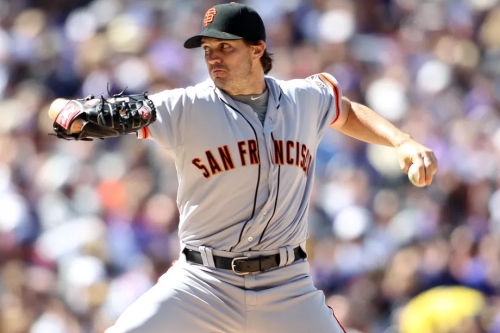 The 2012 baseball season had not gotten off to a good start for the San Francisco Giants. Despite racking up 23 hits and 14 runs over their first 3 games in Arizona, the Giants were looking at an 0-3 record after the first series of the young season. The Giants were good, but not good enough as all 3 games against the D-Backs were decided by just 1 run.

Heading to Colorado with fourth starter Barry Zito taking the ball did not give Giants fans hope for ending the skid. After all, this was the same Zito who Giants fans were frustrated with after he signed a 7-year $126 million dollar contract. In 5 years with the Giants, Zito amassed a 4.55 ERA and a 43-61 record in 140 starts. Things had gotten so bad that after he returned from the DL with a foot injury in late 2011, Zito pitched out of the bullpen.

He was not yet the Barry Zito of mythical status from the 2012 playoffs and birth of #RallyZito. END_OF_DOCUMENT_TOKEN_TO_BE_REPLACED 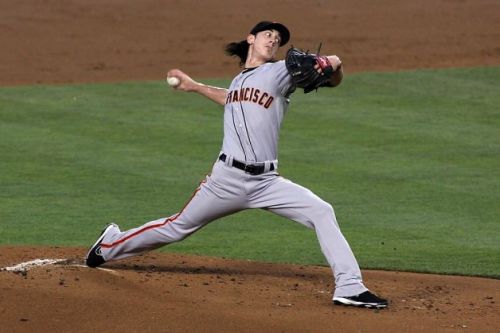 This season I will be rolling out a “This Week In San Francisco Giants History” every Wednesday. It will be fun to look back on some memorable moments in Giants history so I hope you enjoy these glimpses into the past.

Coming off an 88 win campaign in 2009, the 2010 Giants were expected to be a competitive bunch. After all, they were returning the 2-time, back-to-back Cy Young Award winner in Tim Lincecum. Don’t forget about Pablo Sandoval either, in 2009 he finished 2nd in the NL in batting with a .330 average.

Things were looking up for the ball club heading into 2010 and Opening Day did not disappoint. The Giants began the season in Houston against the Astros. This was back when the Astros were still an NL team. 2010 was the start of a current streak of 10-straight seasons the Giants have started on the road.

Reigning Cy Young award winner Tim Lincecum got the ball for the Giants and Roy Oswalt took the hill for the Astros. END_OF_DOCUMENT_TOKEN_TO_BE_REPLACED

It’s here! The 2019 San Francisco Giants season begins today in San Diego. After what seemed like an eternal offseason full of tragedy and embarrassment, we finally get to focus on the diamond and watch the Giants play baseball for the next 6 months.

Usually I try to put together some previews before the season and we generally have an idea who is on the team. This year has not been the same. I have absolutely no feel for what kind of team the Giants will be in 2019.

And there you have it, our official 25-man roster.#OpeningDay | #SFGiants pic.twitter.com/Bg9HQK9uMC

The only certainty at this point, is Bruce Bochy is retiring after this season and I’m damn sure going to miss him. I’ll get to him before the home opener. END_OF_DOCUMENT_TOKEN_TO_BE_REPLACED