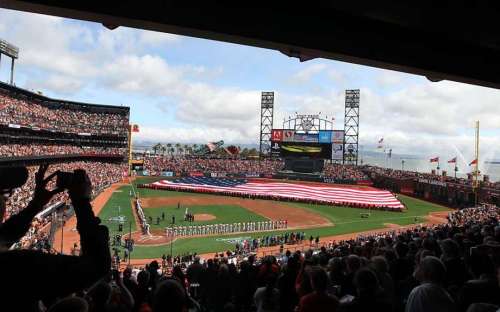 It’s here! The 2019 San Francisco Giants season begins today in San Diego. After what seemed like an eternal offseason full of tragedy and embarrassment, we finally get to focus on the diamond and watch the Giants play baseball for the next 6 months.

Usually I try to put together some previews before the season and we generally have an idea who is on the team. This year has not been the same. I have absolutely no feel for what kind of team the Giants will be in 2019.

And there you have it, our official 25-man roster.#OpeningDay | #SFGiants pic.twitter.com/Bg9HQK9uMC

The only certainty at this point, is Bruce Bochy is retiring after this season and I’m damn sure going to miss him. I’ll get to him before the home opener.

Farhan Zaidi has put his stamp on this team and so far that seems to mean he’s willing to tinker with everything. Last year from January through March under Bobby Evans, the Giants made 2 trades and signed 14 free agents to major or minor league contracts. This year, during that same stretch with Zaidi in charge, the Giants made 10 trades and 25 FA signings. This doesn’t even account for the handful of guys claimed off waivers and two Rule 5 picks.

This roster is fluid and will be changing all season long. The usual names are there in Buster Posey, Brandon Crawford, Brandon Belt, Joe Panik, and a few others. But this year’s Opening Day squad definitely has a few “who are these guys?” on the roster.

Is Connor Joe any good? Who knows? How about Michael Reed? Who’s Nick Vincent? Erik Kratz is the backup catcher, what happened to Aramis Garcia?

The short answer to all those questions is a shrug. I have no idea. What I have learned is that Zaidi likes to acquire depth. He’s not afraid to take a risk on player and see if he can stash them in the minors to either trade, or bring to the big club.

The Giants are a team in transition. They aren’t expected to contend for a title or even the NL West. I haven’t perused all of the “expert predictions” but I assume no one has picked the Giants to do anything of consequence.

For this fan, that’s all fine. Not every season has to be World Series or bust. It’s ok to let the team take a new direction and see where it goes. Of course without 2010, I would be screaming for a contender, but I’m still good from that.

So instead of fretting over every play, at bat, and move the Giants make this season. I’m just going to enjoy the ride. Many memories still lay ahead, even if it doesn’t end up with a trophy at the end.

Progress. Just show me progress over the course of the season. That’s all I ask of the 2019 San Francisco Giants.

We’ll be recording our season preview podcast on Monday April 1. If you missed it last year, Chad was part of a discovery of an octopus nursery off the coast of California. So he’s been busy being a superstar of the aquatic world lately. I’ll finally get him back on land to talk Giants baseball after the weekend.

Also, comment below with your 2019 Giants win predictions to have them read on our Season Preview show.