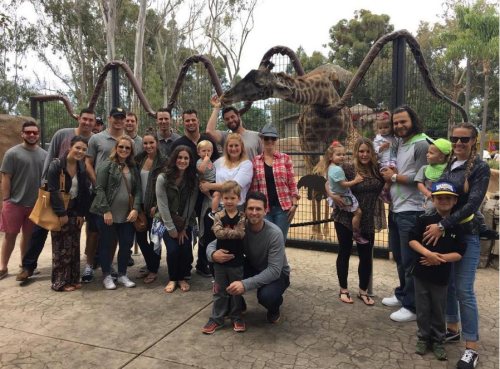 Hey, look at that. Brandon Belt getting hit on by a giraffe.

Chad and Eric are giddy about the Giants’ 6-game winning streak that is buoyed by the team’s pitching, with an ERA of 1.86 over that stretch. Cain has two consecutive great starts, and even Peavy wasn’t bad. The top three continue to dominate, all with sub-3 ERAs, and the 3 run homeruns by Peavy and Crawford were huge game-deciders.

Of course, there’s Timmy, who decided to sign with the Angels. Bochy said that he might look good in red, but we’re not so sure (*cough* 2002 *cough*).