Can The Giants Come Back And Make The Playoffs?

Sitting at just 17-25, the San Francisco Giants are a long shot to make the playoffs in 2017. Even after their wonderful 5-2 home stand, the Giants are in 4th place in the NL West, around 9 games behind the first place Rockies.

A week ago, Chad an I recorded a podcast in which the basic theme was, “now or never”. Since the Giants recently reeled off a 5-game winning streak, and seem to be playing better ball, it got me wondering if they could possibly rebound from their bad start and make the postseason. I’m going to try to some answer some questions and see if we can look into the future and predict if the Giants can make it. All stats are from the Wild Card Era (1995-present).

Has a team in the Wild Card Era started this bad and still made the playoffs?

Yes. There is hope. END_OF_DOCUMENT_TOKEN_TO_BE_REPLACED

Turn out the lights, the party’s over 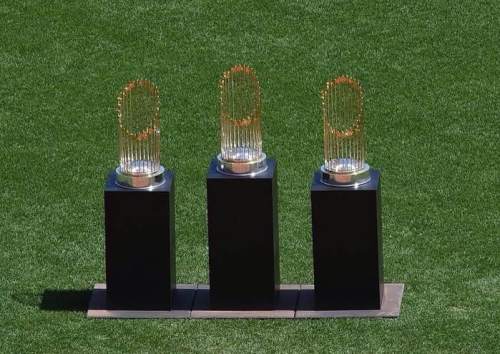 The long, strange trip known as the 2015 baseball season is coming to a close for the San Francisco Giants. After a brutal 8-0 loss to the rival Dodgers yesterday the Giants are officially eliminated from making the playoffs this season. But hey, it’s an odd year, what did we expect?

Personally, I thought the odd year BS would end with this team but alas, it was not meant to be. I’m not ready to look ahead to 2016 and what will surely be another title, so today let’s look back at 2015 and wonder what if.

So where did it go wrong? It seems easy to say injuries. I don’t want to pin it all on that but let’s just get it out of the way now. By my count 16 different Giants spent time on the DL this season. I have no idea how many games they all missed, I’m sure someone did the math. There’s fewer pitchers than you’d think. Here’s the list of players that missed games due to injury in 2015.

That’s a long list with a lot of key guys on it. There are FOUR players finishing the season on the DL with concussion related symptoms and there have been a lot of tweaked sides and backs. It’s been ugly, it took away the guts of the team, it just plain sucked. If I missed someone, comment below. With this season it’s entirely possible for that to happen.

The Giants have 82 wins right now and will finish with a winning record. They were a good but not great team when it’s all said and done over a long season. Even with the high turnover the Giants offense leads the NL in hits, batting average, and is tied for the lead in OBP. They’ve scored the 4th most runs in the National League. So offense wasn’t really the hang up this season. Sure, there could be more long balls. We all like dingers. But the Giants offense held its own this season.

There were three things that really hurt 2015. The Giants didn’t play well in 1-run games, the starting pitching was inconsistent, and a lack of depth was exposed. I’m not trying to call this season a failure. Sure I’m glad the team is over .500 but the goal always was, and forever will be, winning championships.

Chad said it all the other night with that tweet. Had the Giants won just a few more 1-run games they’d be playing the Dodgers for first place right now.

Part of the reason for those close losses all season? The starting pitching. Do you know who has the 3rd most starts for the Giants this season? Ryan Vogelsong. Didn’t see that one coming did you? Chris Heston had the no-hitter early and was a lot of fun but then he lost control of where pitches went and had to take a break. What if the Jake Peavy that has been on fire since returning from the DL had been there all season? Who knows. What the Giants had was a dominant Madison Bumgarner and a revolving door of starters. He can carry a team through a month, not a whole season.

I’ll admit it. I like watching Kelby Tomlinson fly and Jarrett Parker trot around the bases. Marlon Byrd has been average and Alejandro De Aza arrived just a month too late. In fact, all the good depth arrived just a little too late. Nobody on the bench turned in to “that guy” for late game situations. The best bench player was Matt Duffy who took the third base job and never let go. Between the starting pitching and depth it’s no wonder the Giants lost so many 1-run games down the stretch.

That’s ok. It’s time to breathe, take an October off and watch some other teams battle it out. Let the odd year BS be your chance to catch up with loved ones plus your blood pressure and liver will thank you. It’s kinda nice to have that luxury.

Remember that horrible movie from 2001, “Princess Diaries?” Yeah, the Padres are just discovering that they are some long-lost royal blood line and just needed a little make up, hair, and braces removed to be noticed.

Well, they have my attention.

They are sitting just a half game back of the Giants, and two games behind the first-place Diamondbacks, whom they just swept. This is not a typo. I thought my iPhone was crapping out on me, so I referred to my desktop. Same standings. I triple-checked that it wasn’t 2010. Yep.

An alternate title to this post was, “The Padres are Like Your Ugly Ex-Girlfriend From High School,” but I thought it was a little harsh for a tag line. Therefore, you can send me your hate mail now, but of course, you’ve had to have read this far, so  hell, I just thank you for taking the time out of your day to do so. We haven’t seen the Padres over .500 since 2010 when the Giants were battling them down to last day of the season to seal that fateful ride to their first San Francisco World Series Championship. So, we forgot about them. Dumped them after the season since we had our shiny new rings and Tiffany-made trophy. The Padres became an afterthought, left to their single life of living with their parents and getting on and off Weight Watchers about as often as Pablo Sandoval fractures small bones in his appendages. But alas, they have pulled off the transformation, without the 90 second movie-montage.

Wait, I’m comparing the Padres to a woman?

Back on track for a moment. The Giants blew a golden opportunity on Saturday, but two walks and an error in the 9th tend to lose ballgames for you. That win would have secured a winning road trip, and what a tough road trip it was. Instead, they played flat yesterday, and couldn’t pick up Lincecum and is technically-qualifying “quality start.” With the starting pitching woes this year, the offense has been their saving grace, and we’ve mentioned it many times before, but there’s only so long the Giants can overachieve with their run production while their number 1, 2 and 3 batters are all out. Pagan might require surgery, and Marco just may “tough it out” and live with a deformed finger, and Panda, well, he…never mind. Let’s just say he has a “slim” lead in NL All-Star voting and leave it at that. Although they hit .315 on the last roadie, that level cannot be sustained. The pitching will have to return, and let’s hope Zito can extend his home dominance (4-1, 1.94) tonight against the Friars.

Otherwise, the Giants will be looking at three teams above them.

PS – All three of us will be in the press box during tonight’s game versus the Padres, so expect the twitter account (@Torturecast) to blow up. At least one of us will be at the pre-game Bochy press conference. Any questions you’d like to ask him? Send them our way!

Listening to the talking heads on radio, TV, and print can be quite amusing. The word “pivotal” is a cliche thrown around for every game and series against the Dodgers….and the third game of the last Padres series.

Was it pivotal that the Giants set the tone with an opening game victory? Well of course. However, after seeing many tweets out there proclaiming the Giants had won the west, not so fast. I would actually say that today’s loss versus the Dodgers was the pivotal game in the series. Okay, yes it’s the middle game, where pivots tend to be placed, but hear me out. If the Giants had locked down today’s game, which they should have considering Cain was going against Capuano, Kemp was out, they were leading in the 8th, etc., they would have been 6.5 games up heading into what most people would bet is a loss tomorrow with Zito versus Kershaw. Now that Affeldt slumped again in the 9th allowing a triple and double in succession, the Giants find themselves up 4.5, but with the likelihood that they will only be 3.5 ahead after tomorrow. Taking the last two games of this series will give the Dodgers confidence, and as long as they are within 3 games going into the last series against the Giants in LA, they have a chance.

Also, for those of you making fun of the LA trades this year, two of those acquisitions were responsible for the go-ahead run in the 9th. Well, a few million bucks just bought them a 2 game positive swing in the standings. If the Giants are not careful, the trades could still pay off for the Dodgers.

Here are my keys to the rest of the season:

– win tomorrow, win tomorrow, win tomorrow
– deliver the home cookin’!! The Giants are 8-15 in the last 23 at home, yet 19-6 in their last 25 on the road.
– if they split the last 4 games against LA, all they have to do is go somewhere around 11-8 against the rest of the west (19 games), and most likely the Dodgers wouldn’t make up 5 games in the loss column unless they played at an unGodly clip (15-3 or better).
– the Giants have a favorable schedule (SD, AZ, COL), the Dodgers still have 9 games vs the Cardinals, Nats, and Reds.
– take it easy on my liver