This Week In San Francisco Giants History: Robby Hits For The Cycle 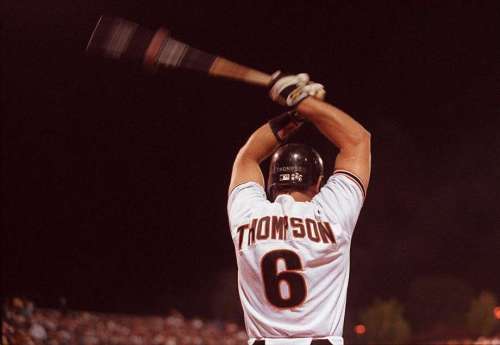 Robby Thompson of the San Francisco Giants warming up in the on deck circle.

In 1991, the San Francisco Giants finished with a 75-87 record. It was the first time in 5 years the club finished below .500 and was just 2 years removed from their appearance in the 1989 World Series. It was also their first losing season under manager Roger Craig.

There were not a lot of highlights during the 1991 season, but one in particular that stands out is Robby Thompson hitting for the cycle on Monday April 22 against the Padres at Candlestick park. Full disclosure, Robby was my favorite Giant growing up. I used to emulate his batting stance and even played 2nd base in my younger years.

Since this particular week in April doesn’t have many big moments in Giants history, let’s take a stroll back to 1991 and Robby’s big day. END_OF_DOCUMENT_TOKEN_TO_BE_REPLACED