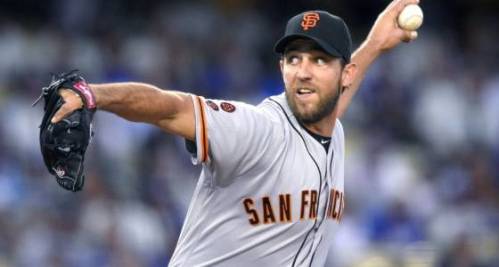 MadBum has allowed 2 ER or fewer in his last one million starts (photo courtesey of fxtribune.com)

Or, play it on Podomatic here! Or stream it below!

Chad and Eric talk about the Giants’ second 8 game winning streak of the season, the incredible pitching they have been benefiting from, All-Star voting, Duffy’s injury, who’s hot, and Timmy’s great performance in his first start with the Angels. And, if you’re not a Warriors fan, don’t listen to the first part of the podcast as Chad laments on what could have been the completion to a historic season.