Casilla Blows Another Save. Everything is OK.

The Giants blew another 9th inning lead tonight. In fact, it was their 8th loss after leading in the ninth. Never mind the 28 blown saves that lead the NL. At least they won some of those games. But, 8 losses after leading after 9 (2 of them came after leading by 3 in the 9th, btw) is SOUL-CRUSHING. Let’s look at the what ifs:

Point being, the Giants are still in this race, but the NL West is most likely out, unless they go 6-0 against the Dodgers.

Let’s hope they win tomorrow, because if they don’t, the Giants may miss out on the playoffs by 1 or 2 games, and it will all come down to the bullpen in the 9th.

Did anyone think that Casilla would be called upon again? I’m shocked that he’s still in the “rotation,” but I don’t think we see him again in the regular season in a save situation after the boos that rained down on him and Bochy tonight.

Yes, technically, yes we are.

In a tumultuous episode after a break from scheduling difficulties, Chad, Willie and Eric break down the chances for the Giants winning the NL West.

As I type this at 11:15 pm, the Giants just won on a sac fly to left field in the bottom of the 12th inning to keep their chances on a morphine drip.

The Giants are certainly not looking like they’ll last long, but as we say, take it one game at a time.

The boys use their humor and defensive mechanisms to get through episode 97.

The Giants are still alive…mathematically anyway… 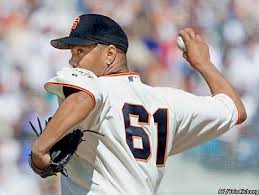 Mitch Williams has a 23 year old grudge against the Giants

Today’s game felt like a lock for the Giants after Cain went deep, even after Hamels matched him in the next inning. That in itself, was entertaining, the first pair of pitchers to go deep off each other since 2002. I just re-read that last sentence, and it sounded dirty. I’m too lazy to re-construct that pseudo-erotic writing. However, after Howard put the Phillies ahead, I figured that might be it, “eh, they’ve had a good road trip, guaranteed .500, I need to forage for a warm beer anyway.”

I suppose this year has a different vibe than last year. The pitching is still there (sans Lincecum, plus Zito), but the offense has improved, despite their situational hitting failures (although they’ve been excellent since the break). So, a few sips into my warm cerveza, the Giants indeed pulled off the comeback, starting with solo Melk delivery in the 8th. Cain really only made one big mistake (to Howard), which was three out of the 5 runs. Take that away, and his line is great. Nevertheless, he kept them in the game with 8 innings, despite his un-Cain-like 3 homeruns given up.

Posey is a beast, he is “en fuego” with an accelerant added on top. Over his last 9 games, he’s hitting at a .531 clip, with 2 homeruns and 13 RBI. His average has soared from .288 to .314 in that span. He’s hitting the ball to all fields; much like my son throws objects to all corners of my house. Tonight, he was 4 for 5 with a homerun and 3 RBI. He also read a suicide squeeze correctly that Blanco did not, and he was hung out to dry.

Casilla is a man of mystery. He doesn’t always save games, but when he does, he does it with torture. After blowing 5 of his last 8 save opportunities, and stirring the trade speculation pot, he allowed a one out walk and a streaking rocket to Theriot at second to end the game. Not a masterpiece, but something to build his confidence on, as baseball is a fickle game. Maybe Casilla plays fantasy baseball. I miss Brian Wilson’s torture.

Let’s hope Kemp and Either don’t heat up too much.

Chad and Ben reunite with Erin to discuss a difficult week in Giants fandom, discussing the revelation of Wilson’s injury, what is happening to Lincecum, the team’s defense versus its offence, our Bizarro World Giants, and Matt Cain is very good.  Also, Aubrey Huff.  A lot of Aubrey Huff.