Andrew McCutchen has joined the Giants via a trade last week. Last month, they acquired third baseman Evan Longoria via trade, and this week, they signed outfielder Austin Jackson.

In episode 132, Eric and Chad talk about the big signing for the Giants this off-season. We also talk potential lineup options, pitching rotation, and Hall of Fame results. Should I stay or should i go?

It looks like Ryan Vogelsong will remain with the San Francisco Giants for another year. This is according to Hank Schulman who’s tweet rolled across the timeline this afternoon. It’s possible that we have more details later tonight or tomorrow.

#sfgiants working toward a deal with Ryan Vogelsong. Looks like it will happen. One year.

There had been reports over the last few days that linked Vogelsong to both the Rangers and Astros. He was rumored to being close to a deal with Houston before we heard of any talks with the Giants. Suddenly it seems as if he’s coming aboard for another run.

The main concern I’ve seen and heard from fans is why a move like this gets made if the rotation is already set. The most common themes have been…

It sounds crazy but I thought more pitching was a good thing. To think that Vogey chose to come back to San Francisco and give what he has left as a pitcher without the promise of being a starter. Those Texas teams would have put him in the rotation right away. He has no idea how many starts he’s gonna get this year.

The Giants are going to need some good pitching this season. There’s considerably less thump in the lineup than in year’s past. It looks like Brandon Belt, Buster Posey, and Hunter Pence will be asked to carry the bulk of the load.

Nori Aoki signed earlier this week for $4 million. He has incentives to bump that to $5.5 if he has more than 600 plate appearances. He’s averaged 604 in his 3 seasons in the majors. He’s a contact hitter that can take over at the top of the lineup if (when) Angel Pagan goes down.

I keep talking myself in to really liking this signing because the way the lineup could be constructed he would be like another leadoff guy in the middle. Brandon Crawford could have a field day driving Aoki in.

Here’s how I’d draw it up right now.

That’s where we are with about a month to go until Spring Training. We’re focused on Ryan Vogelsong coming back to help the Giants defend their title. It’s not sexy or shiny, but it’s a move to help the ball club compete for a playoff spot. After that, as we well know, anything can happen.

Google says this is one “Jonathan Lester.” Hmmm

You can download the podcast here, or stream it below!

It’s been a month since we recorded our gloriously long World Series Championship podcast, but our livers and tear glands have recovered enough to deliver our first “hot stove” podcast of the offseason. Chad, Ben, and Eric talk about the impending Lester decision (probably made by the time you listen to this), and the Giants options to fill their holes in left field and third base. Tim Flannery retired, and Madison Bumgarner won Sports Illustrated’s “Sportsman of the Year,” which apparently ripped off the fresh collective scabs of millions of KC Royals fans. 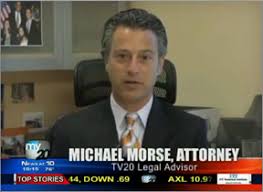 This dude is inspirational and will forever be a Giant

We welcome in the new year with our first TortureCast of 2013. Unfortunately, Ben couldn’t make tonight’s recording, but Willie and Chad discussed the recent deals to avoid arbitration for Posey, Pence, Blanco, Arias, and Mijares. We also bitch about the BBWAA and the injustice of not a single player being voted into the Hall of Fame, as well as pimping FanFest on Feb 9, the excitement of pitchers and catchers reporting on Feb 12, a banana in an unfortunate hole, and we dream about the possibility of Bruce Bochy driving Jim Harbaugh down Market Street with another championship trophy for THE City.

it burns…like a Brian Wilson non-tender

We shake off the World Series hangover with an episode to review the Giants’ moves in the offseason thus far, and we even challenged ourselves with listening to our season preview episode that we recorded at The Public House (at AT&T Park) with Thomas and Danny from Two Guys, a Glove and a Coke Bottle.