The San Francisco Giants are currently 25-18 and on an 8-game win streak. They lead the NL West by 3.5 games over both Colorado and LA. Will it last? Is this the team we were expecting? Well, kind of, but the pitching has been far better than imagined. So let’s take a look ahead to the weekend and back on the week that was in this edition of “The Friday Five”. Remember, I always look ahead before I look back. This is in case the Giants are struggling and I don’t want to focus on negative baseball things. Obviously, that’s not the case now.

1) The Chicago Cubs are 28-11 and have the best record in baseball. According to a big portion of the internet, they’ve already clinched the 2016 title. To those of us that watch the games, there’s still a lot of baseball to be played and the Giants are scared of nobody. While the Giants are on an 8-game win streak, the Cubs have gone 5-5 in their last 10 games and have only won 3 in their last 8. They dropped 2 of 3 from both the Padres and Brewers recently.

Weird start times for the weekend. Friday is a normal 7:15 start and on NBC Bay Area. Saturday is FOX’s first primetime games of 2016. That means a 4:15 start, which is not primetime. The Sunday game was tabbed as ESPN’s since the schedule was released, so that game starts at 5:05 local time. Got all that?

Once again, the Cubs are led by reigning Cy Young award winner Jake Arrieta (7-0, 1.29 ERA). He’s picked right back up where he left off at the end of last season and continues to be the ace of the staff. The Cubs haven’t lost a game started by  Arrieta since they were no-hit by Cole Hamels on July 25th of last year. That’s 21 straight games. Something’s gotta give.

Sunday night is the bright lights of ESPN again. The Giants have lost 9 consecutive Sunday Night Baseball appearances. No big deal. Madison Bumgarner (5-2, 2.45) is tasked with ending that skid. He’s coming off a complete game that was a gigantic Matt Kemp home run away from being a shutout. Kyle Hendricks (2-3, 3.51) goes for the Cubs.

The three players on offense to watch out for right now are Dexter Fowler, Ben Zobrist, and Addison Russell. If there’s one guy to focus on, it’s Russell. With Andrelton Simmons in the AL now, Russell is Brandon Crawford’s competition for best SS in the NL. He’s hitting .164 on the road, but has driven in 28 runs, hit 4 home runs, and his batting .333 with 2 outs and runners in scoring position. Oh ya, he’s only 22 and looks like a natural in the middle of an infield.

This series is a good measuring stick. The Cubs have been the best team in baseball this season, and the sweep they laid on the Giants last season may have been the nail in the 2015 coffin. This looks like a playoff preview, and I hope we see these teams in October. 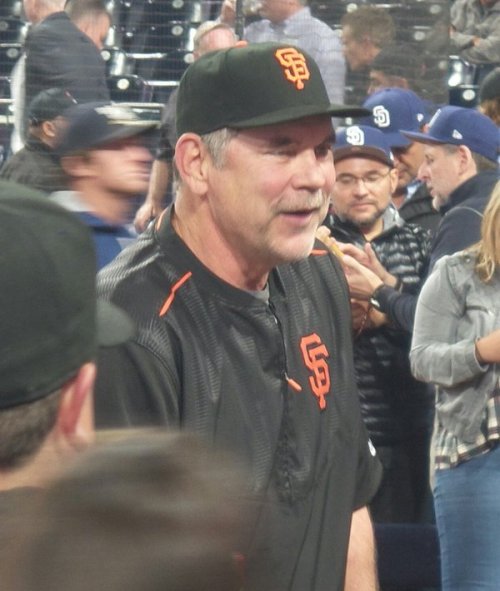 2) On to the good stuff! Can you believe that’s the first 8-game win streak for the Giants in 10 years? Think about that. Three title teams, and this is the longest winning streak of Bruce Bochy’s tenure. After blowing through the D-Backs and Padres, the Giants had their first perfect road trip of 7 or more games since 1913. Christy Mathewson had 3 wins for that Giants team.

Like I wrote earlier, the Giants have a 3.5 game lead in the NL West. It’s the second largest margin in baseball right now, behind, you guessed it, the Cubs and their 6.5 game lead. Not only have they won 8 straight, but since the Giants got smoked by the Rockies 17-7, they’ve won 10 of the next 13 games.

It’s the pitching that has taken over. The whole staff, starters and releivers, have given up 28 total runs, 26 earned, during those 13 games and sport a 1.87 ERA. They’ve struck out 113 batters in 125 innings and have a 1.06 WHIP. The whole staff! Only 4 home runs have been hit against the Giants during this time.

The top 3 is getting it done. The Giants have a 20-7 record when Bumgarner, Johnny Cueto, or  Jeff Samardzija starts. You can see why during the last 3 games in San Diego. Last night was the first time the bullpen had been used since Sunday. Even then, it was just 1 inning. The 3-headed monster at the top has saved the bullpen for this Cubs series and just may have given us an idea of what they can do in October.

On the flip side, the Giants are a not so good 5-11 when Cain or Peavy starts. Of the 8 games during this win streak, they’ve each only started one game. So they were 3-11 before that. Cain has shown more improvement than Peavy. His pitches have movement and he’s not out of the zone as much as Peavy. I wouldn’t be shocked if these guys get flipped in the rotation at some point.

The Giants offense has been just good enough during this time. Apparently, that’s all they’ve needed. The only win during the current streak that was by more than 2 runs was Bumgarner’s 5-1 victory on Tuesday. It’s been Joe Panik’s late home run, or Buster Posey’s 9th inning double, or Crawford’s big day and a Pence home run. The Giants are getting timely hitting and winning games, even if they aren’t firing on all cylinders.

Just imagine how good they can be if the pitching keeps up and the offense starts rolling like they did earlier in the season. This is so much fun for us Giants fans.

3) Let’s check in on and old friend. You think Tim Flannery still cares about the team? I think so.

4 days Giants only use 1 relief pitcher for 1 inning against Padres, they are rested ready for Cubs. pic.twitter.com/x7ueGSCE6H

4) Quote of the week comes from Jeff Samardzija. This was his response when asked if he lobbied to stay in the game and finish it like Bumgarner and Cueto.

“Bochy is going to be in the Hall. I didn’t fight him too hard.”

5) Links and things from the interwebs.

Well I don’t really have any this week. I’ve been on vacation and just plugged back in when Chad and I recorded Wednesday’s podcast. So, go listen to that, there’s my link for the week.

After the Cubs leave town the Padres come back for 3 more games. The Giants are 6-0 against the Friars this season.

We’ll be back with another podcast after the weekend. Follow us on Twitter, like us on Facebook, and don’t forget to listen to our podcasts on iTunes and PodOmatic. Enjoy the games and let’s keep our fingers crossed the good roll continues. Love the even year.