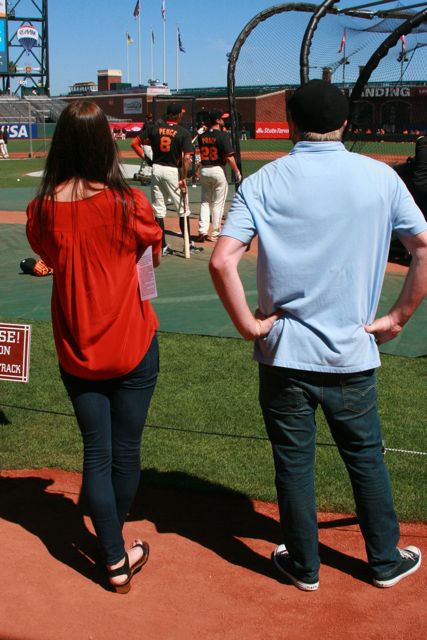 @Veronica and @WillieDills gazing upon Hunter Pence after an epic gaming conversation with him.

Press play below to stream it:

Willie and I were joined by the wonderfully talented internet entrepreneur and Giants fan, Veronica Belmont in the press box for Game 2 against the Dodgers on 7/26/14. Unfortunately for her, she agreed ahead of time to be a guest on our traditional “bonusode” at Zeke’s after the game. Our regular favorite, Jen Cosgriff from Bay Sports Net joined us later in the episode as well.

Come travel down the path of despair, elation, drink orders, and “FU*& ITs!”

Also be sure to check out the post-game wrap here.